The electric Hummer is real, and it’s as fast as the Cybertruck 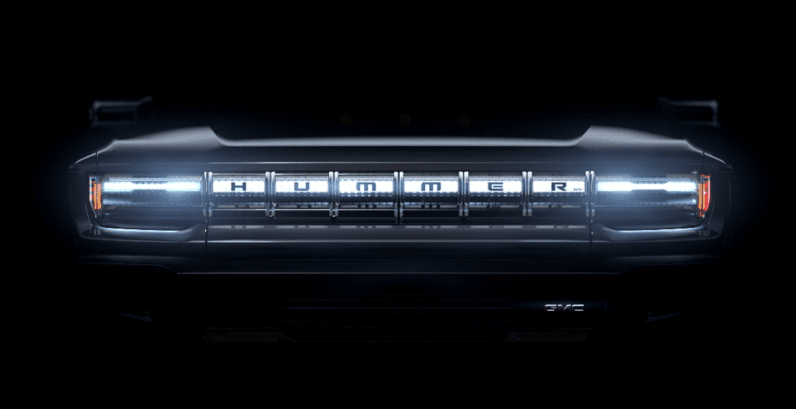 One of the most surprising rumors of the past few months was that GMC was planning to bring back the Hummer as an electric vehicle. It seemed too ironic, given the Hummers were often ridiculed for being emblematic of America’s gas-guzzling culture. They were obnoxiously large and loud, ranked poorly in safety ratings, and had some of the worst fuel economy on the market.

(Perhaps unsurprisingly, its drivers were apparently jerks, receiving five times as many tickets as the average driver.)

Now the brand is back, repenting for its environmental sins with an all-electric truck that I would’ve dismissed as a prank a few years ago. Luckily, we live in 2020, where vehicles like the Cybertruck can exist. So why not an electric Hummer?

That’s supercar-level acceleration for a gas vehicle, let alone a hulking SUV. It’s also notably just 0.1 seconds away from Tesla’s claimed acceleration on the top configuration of the Cybertruck. Despite this speed, GMC claims some off-roading capability too. It’ll also be quiet – as expected for an electric vehicle – which means the name “Hummer” actually make a little sense now.

The company will also play a 30-second ad during the second quarter of the Super Bowl, but the full reveal will happen on May 20, 2020. The vehicle is currently slated for release in the Fall of 2021. For more on the Hummer EV, you can check out GMC‘s teaser page here.

There’s nothing wrong with asking others for information on a subject instead of Googling it. Some people still want to learn via interaction, not endless videos and articles. Learning on the internet doesn’t make you superior, or an intellectual. WHAT you learn does, regardless of means.

Top U.S. Health Experts: ‘Hold On To Your Fucking Seats Because This Bitch Hasn’t Even Thought About Starting Yet’ https://t.co/zRebuYORnG https://t.co/RTDFPnQuCP

Slashdot Asks: How are YOU Handling the Coronavirus? https://t.co/J0rVDG5pix

If only they could nail those high fives.

What is the worst thing your country did in history?

RT @youthsnews: Frank Shaw is dogfooding a Surface Duo: Microsoft announced Surface Duo at their annual Surface event in October of 2019. A…
5 hours ago