These studies suggest that becoming a billionaire (or successful CEO) is largely a matter of luck. 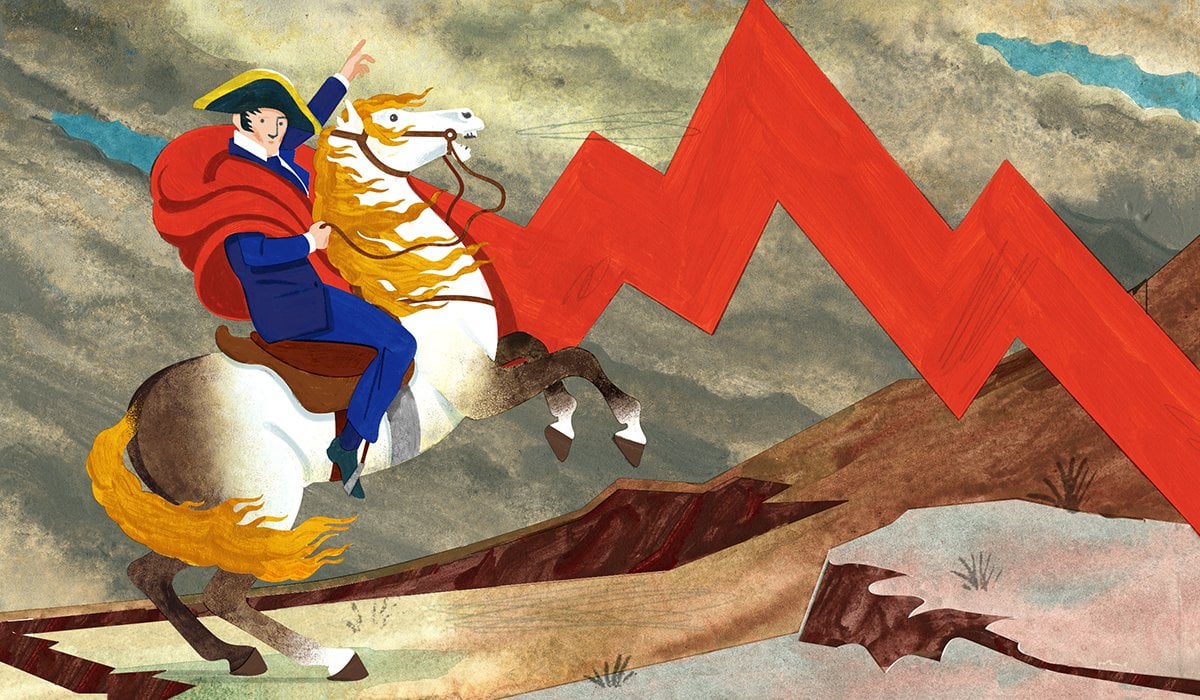 “I begin my course in strategic management by asking all the students in the room to stand up,” she says. “I then ask each of them to toss a coin. If the toss comes up tails, they are to sit down, but if it comes up heads, they are to remain standing. Since there are around 70 students in the class, after six or seven rounds there is only one student left standing. With the appropriate theatrics, I approach the student and say, **‘How did you do that? Seven heads in a row! Can I interview you in Fortune? Is it the T-shirt? Is it the flick of the wrist? Can I write a case study about you?’”**

It appears from the following statistical studies and simulations that excelling in the current market economy is largely a matter of luck. I am curious if anyone has
some empirical study to counter this.

When I started looking into this I was just wondering

1: If CEO’s were actually worth what they were being paid. If not how rational are shareholders really?

2: If business schools and elite job history were predictive of success in executives.

3: Whether a CEO’s record had bearing on future performance (if it didn’t then CEO are not really in control, they just ride waves).

The 2nd and 3rd question would answer the 1st. So let us start with number 2

According to this [analysis](https://www.institutionalinvestor.com/article/b1db3jy3201d38/The-MBA-Myth-and-the-Cult-of-the-CEO) by Institutional Investor

>We tagged CEOs by the MBA programs they attended, formed monthly portfolios of companies broken down by the business school each CEO attended, and compared the returns of these portfolios to the broader market. ”

“We found no statistically significant alphas — despite testing every possible school with a reasonable sample size. MBA programs simply do not produce CEOs who are better at running companies, if performance is measured by stock price return.”

” Elite MBAs did perform relatively well as CEOs in healthcare and consumer staples, but relatively poorly in energy and materials businesses, though those results were not statistically significant. Our study is not the only one to come to this conclusion. A study by economists at the University of Hawaii asked similar questions and found that firm performance is not predicted by the educational background of the CEOs.”

So to summarize. They found no statistically significant correlation between the attendance of elite MBA programs and the performance of firms run by the alumni of those programs.

They also looked at whether having previously been part of an elite consulting firm (e.g. Mckinsey) or investment bank (e.g. Goldman Sachs) had any bearing on the success of company the CEO was running.

*This suggests that the “best and brightest” do not have a statistically significant edge when it comes to managing public companies. An elite pedigree — the type of pedigree favored by headhunters and corporate boards — is not predictive of superior management*

*Is CEO performance persistent? Are some people simply better managers, able to consistently generate high returns for investors? And can we identify these people based on an examination of their track records? *

> We looked first at performance persistence within companies: whether a CEO’s early track record predicts later performance. We filtered our database for CEOs who had tenures longer than six years at one company. We then separated each CEO’s return record into two buckets: Years 1–3 and Years 4–6. To eliminate the confounding effect of different market conditions, we adjusted returns by the performance of the S&P 500 index. Within each of the two time-horizon buckets, we sorted the CEOs’ market-adjusted returns into quartiles. We then identified the CEOs who were above the median twice and those who were in the top quartile twice.

**To interpret the results, it’s important to consider what we would expect to see by random chance.**

**The actual CEO performance results line up very closely with what we would expect to see by chance.**

They also analysed the performance of CEO’s who had run multiple companies.

>Once again, there is little to no persistence in CEO performance from one company to the next. Again, these results held when controlling for industry and the Fama-French factors.

**The proportion of CEOs who continue to perform well is in line with what we would expect under random conditions.**

The previous study had answered my questions in the negative. This lead to follow up questions which drew on my prior knowledge of the proportion of failure in businesses in 3 years. The question I sought to answer this time was whether very successful companies were really just lucky.

I found this [article](https://hbr.org/2009/04/are-great-companies-just-lucky) from Harvard Business Review.

**We can credibly claim that a firm is remarkable only when its performance is so unlikely that systemic variation alone cannot account for its results. **

>Most success studies don’t address this fact, relying instead on the “self-evident” nature of exceptional performance.

“To understand how lucky some firms might get because of systemic variation alone, we looked at the performance of a broad sample of companies traded on U.S. exchanges from 1966 to 2006—more than 230,000 company years’ worth of data.”

>We ranked each company’s performance in each year by deciles (0 to 9) and observed the frequency of transitions between deciles. Using that frequency to estimate the probability that an unexceptional firm would move from one decile to another simply because of systemic variation, **we ran simulations that gave us a picture of how firms might do if they differed only in their luck. Finally, we compared actual results with simulated results**, which allowed us to determine which firms had delivered performance so unlikely that it was probably due to something remarkable about them.

“Using this method, we evaluated 287 allegedly high-performing companies in 13 major success studies. We found that only about one in four of those firms was likely to be remarkable; the rest were indistinguishable from mediocre firms catching lucky breaks. By our method, even in the study with the best hit rate, only slightly more than half the high performers had profiles that were credibly attributable to something special about the firms. ”

This means the difference between a mediocre firm and big firm that ends up employing 1000s is largely a matter of random chance.

So I searched that on google and found this [article](https://www.technologyreview.com/s/610395/if-youre-so-smart-why-arent-you-rich-turns-out-its-just-chance/) from MIT Technology Review which referred to a simulation which had been made pertaining to power law distributions we observe in real life and whether they entail a natural meritocracy.

>Today we get an answer thanks to the work of Alessandro Pluchino at the University of Catania in Italy and a couple of colleagues. These guys have created a computer model of human talent and the way people use it to exploit opportunities in life. The model allows the team to study the role of chance in this process.

“The results are something of an eye-opener. Their simulations accurately reproduce the wealth distribution in the real world. But the wealthiest individuals are not the most talented (although they must have a certain level of talent). They are the luckiest. ”

>Pluchino and co’s model is straightforward. It consists of N people, each with a certain level of talent (skill, intelligence, ability, and so on). This talent is distributed normally around some average level, with some standard deviation. So some people are more talented than average and some are less so, but nobody is orders of magnitude more talented than anybody else.

“This is the same kind of distribution seen for various human skills, or even characteristics like height or weight. Some people are taller or smaller than average, but nobody is the size of an ant or a skyscraper. Indeed, we are all quite similar.”

>The computer model charts each individual through a working life of 40 years. During this time, the individuals experience lucky events that they can exploit to increase their wealth if they are talented enough.

“However, they also experience unlucky events that reduce their wealth. These events occur at random.”

>At the end of the 40 years, Pluchino and co rank the individuals by wealth and study the characteristics of the most successful. They also calculate the wealth distribution. They then repeat the simulation many times to check the robustness of the outcome.

**When the team rank individuals by wealth, the distribution is exactly like that seen in real-world societies. “The ‘80-20’ rule is respected,**

So if not talent, what other factor causes this skewed wealth distribution? **“Our simulation clearly shows that such a factor is just pure luck,”** say Pluchino and co.

>”The team shows this by ranking individuals according to the number of lucky and unlucky events they experience throughout their 40-year careers.”

So these 3 studies appear to indicate empirically and mathematically that billionaires and probably multimillionaires are mostly just lucky. One can have a few philosophical conclusions to this. For example that the free market does not ensure that people who deserve wealth get wealth. It may undermine the personal responsibility theory of poverty. It may even justify taxing the wealthy.

All that aside, even an Apriori argument can be used here.

If you assume that 1) determinism is true, then you have to assume

4: So the fact that we are in this universe is a matter of luck (whether good or bad) and everything we have done and every idea we have had follows from that.

5: 4 is true for all possible humans, including millionaires, multimillionaires, billionaires and heads of state. All human outcomes are a chiefly a matter of luck.

6: If any human gains success by luck, then they did not earn that success.

7: No human has earned their success.

8: No human billionaire has earned their wealth.

This conclusion, if true, could undermine some theories of private property, I think. It can also significantly undermine meritocracy based justifications for the current wealth distribution.

Feel free to dispute the premises of the above argument, I will refine accordingly. But please address the empirical studies first.

Hey @AlbrightSallie, Thank you for the follow!
1 day ago